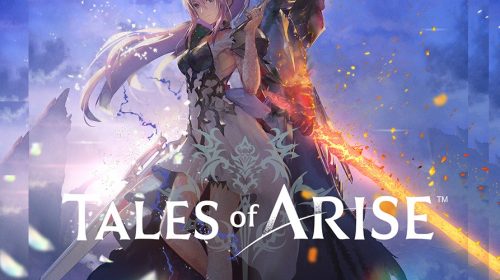 Back in the early 00s, the “Tales” series from Namco captured my interest with two incredible games – Tales of Symphony and Tales of Destiny II. These games, along with Star Ocean 2, introduced me to the “action RPG” style that would become one of my favorite gaming sub-genres. Essentially, these games still utilize the classic RPG stables like HP (character life meter), MP (available magic), and various stats to govern player strength. They also feature variants of fantasy world adventures, like swords, dramatic villains, and constantly battling monsters. The big difference though is that these Tales games put you in direct control of a character, while AI companions battled with you. No turned-based “select command and watch” style combat here. Now of course, marrying standard action with RPG components is very common. But at the time, RPGs were more typically in the style of the older Final Fantasy titles.

I enjoyed these classics so much, I have since been primed as a consumer to want to try Tales games. Unfortunately for me, Namco (and eventually Bandai Namco) has made a ton of these games…but they haven’t evolved much. Actually, that’s not entirely true. They have changed, but the issue is that the evolution has been just to accentuate the more trope-laden aspects of the games. The characters and plots in many more recent Tales games seem to be parodies of themselves in some ways, with tiresome characters and worn-out plots that don’t interest me much. The combat is still action-oriented, which I like, but devolves quickly into repeated moves that drive you insane as your character yells the combat move name over and over. Yet I kept buying them, playing for a couple hours, and saying “why did I buy that.” I finally told myself I wasn’t going to invest in any more Tales games…until Tales of Arise came out.

Tales of Arise, if the previews and reviews were to be believed, was an actual evolution in the series. Updated graphics, improved mechanics; it promised a lot. But those promises worked and I bought it. And wouldn’t you know it? They managed to capture the magic from the original games I loved. I won’t rehash the entire plot and setup, but it’s pretty solid compared to some other recent Tales games. One of my biggest annoyances with many RPGs is the overly complicated “person of destiny” scenario that gets wrapped around with so many plot devices that I tend to get lost. I often have to play sporadically, so if a game relies on an intricate mythology to understand what’s happening, I’m probably going to be lost. Arise’s plot does threaten to go that route, but stops just short of losing me. I was expecting a routine “battle each nation’s boss” situation…but without spoilers, I’ll just say the game managed to mix it up in a refreshing way.

The game play itself is definitely improved, as promised from previews. The combat is very fun and they’ve improved some mechanics to add some challenges (particularly when it comes to healing). The character designs are also quite good; they have interesting, fully fleshed out backstories. And the voice acting is pretty good. I found myself actually caring about the characters, which was decidedly not the case for other recent Tales games. I wish you could turn off the “shout the name of your attack” thing (or change the frequency), because it does get annoying. But I was able to make myself ignore it for the most part.

I played the game for just over 40 hours, which solid. I didn’t complete the game, which is honestly pretty common for me. But I think I was somewhat close to the end. If you like other Tales games, I think you’ll love this one. And even if you aren’t wild about the others, you might still consider giving this one a try. It’s pretty fun.

A world of nature drawn with the “Atmospheric Shader”: We are introducing a new graphics shader, inspired by anime and watercolor painting. Characters with attractive designs travel among backgrounds filled with beautiful and delicate visuals.

Explore a world that feels alive: Explore the world of Dahna, where a mix of unique, natural environments change in appearance based on the time of day. Climb over the rocky terrain, swim in rivers, gather around the campfire, cook food, head to the next town, defeat the master of an alien planet, and liberate the people!

Stylish action and battles: Through the new system “Boost Strike”, you can now chain combos of powerful attacks together with your party members. Chain Artes, Boost Attacks, and Boost Strike combos to take down your enemies!

Experience the story of the divided Renan and Dahnan people: The protagonists who will determine the fate of these two worlds are Alphen and Shionne. They will overcome hardships and grow together with their unique group of friends. Gorgeous animation by ufotable is inserted at key points in the story, adding more color to our protagonists’ journey.