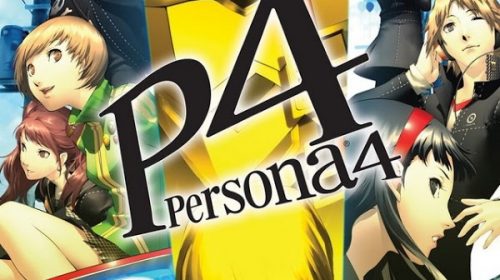 I grew up playing turn-based RPGs, starting with the original Final Fantasy on the NES. I’ve always had a nostalgic fondness for the genre. I’ve found over time though, the specific turn-based combat style has not held up well compared to action (ex. Dragon Age) and strategic (ex. Pillars of Eternity) RPGs. Very few modern turn-based RPGs are able to hold my interest; one exception though is the Persona/Shin Megami Tensei series.

If you haven’t heard of the Persona games, the gist is that characters can summon psychological manifestations called “personas” during battles. The themes are unusually dark and mature for the genre, with plots typically involving mysterious homicides in a modern city. Persona 3 is one of my all-time favorite games, but I abandoned console gaming not long after it came out, so I missed both Persona 4 and 5. Fortunately, Atlus recently released Persona 4 on Steam! I’ve often read that many consider it to be an excellent game, so this PC version was a must-play for me.

In my opinion, this game lives up to the hype. I’m not far enough into it yet to know if the story is as great as Persona 2 or 3, but it’s very good so far. It sticks to the usual “mysterious murders” theme, but with a twist involving televisions. The main characters in Persona 3 still edge these out a bit, but Persona 4’s cast is still well-developed and interesting. There are quite a few moments that grow your connection to them, even early on, and the voice acting is great. Some of the light-hearted goofiness provides a refreshing contrast to how dark some of the game is so far. Aside from the protagonists though, I have to mention the monsters/creatures; the designs are some of the most creative I’ve seen. In that respect, even early in the game, Persona 4 has outpaced Persona 3.

It was originally released in 2008, so the graphics aren’t amazing, but they’re good enough. The art style though is excellent, with fascinating designs particularly in the dungeons and inside-the-TV world. As is the standard in Persona games, the music is incredibly well done and quite catchy; I’m glad I bought the deluxe edition for the soundtrack. I actually still listen to songs from the Persona 3 soundtrack sometimes, and I think Persona 4’s tracks are going to get the same treatment.

In terms of core gamplay, I mentioned the turn based combat in the opening; Persona 4 manages to keep things interesting with tons of options and depth. You have lots of choice in terms of control; you can set AI options for teammates or opt to control them yourself. Attacking enemy weaknesses is a huge part of battles, opening up the opportunity for your entire team to pile on. As with previous games, you can acquire and create personas with different strengths, weaknesses, and abilities, adding another customization option beyond weapons and armor. Persona games also have normal daily activities, such as going to school, work, and building friendships. Occasionally, these activities threaten to become a bit tedious; breaking them up with dungeon battles helps though.

Overall, I’m extremely happy this is available on PC now. I hope it’s quite successful and encourages Atlus to reease the other games on Steam as well. I will certainly buy them all, at least.

Enter the quiet rural town of Inaba, Japan and experience an enhanced version of one of the ‘greatest games of all time’ with your Persona 4 Golden – Deluxe Edition Steam PC key. In this classic PlayStation 2 JRPG, now available for PC gamers, you’ll follow your character’s journey from everyday lie in the real world to the ‘TV World’ where you’ll embark on quests through dungeons filled with monsters, known as the ‘Shadows’.

With this edition, you’ll also receive the official Digital Artbook and Digital Soundtrack alongside the ‘Overwhelmingly Positive’ base game.

WHAT IS PERSONA 4 GOLDEN
Persona 4 Golden is a coming of age story that sets the protagonist and his friends on a journey kickstarted by a chain of serial murders. Explore meeting kindred spirits, feelings of belonging, and even confronting the darker sides of one’s self.

DUNGEONS AWAIT
Persona 4 Golden is a single-player game but promises meaningful bonds and experiences shared together with friends. Assemble up to three other characters to join your protagonist’s battle party, and venture into randomly generated dungeons – each tailored to a specific victim who has been kidnapped.

Discover treasure chests on each floor of a dungeon to unlock new items and equipment, and make your way up to the final floor to take on the dungeon’s boss in an epic battle.

HIGHLY-RATED GAME
With an overall Metacritic score of 93, a multitude of awards, and already rated ‘Overwhelmingly Positive’ on Steam, fan-adored Persona 4 Golden stands as one of the finest RPGs ever made and delivers on enthralling storytelling and quintessential Persona gameplay.

One Thought to “Persona 4 Golden”