Ni No Kuni: Wrath Of The White Witch 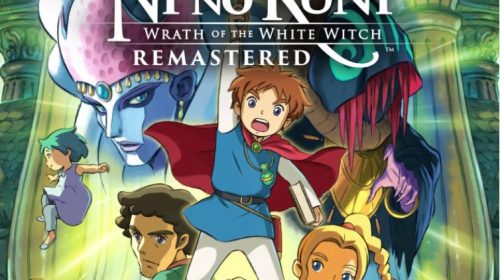 My long term fondness for certain games is often driven by memories associated with them. For example, some of the old SNES RPGs like Final Fantasy III and Secret of Mana trigger positive memories from my childhood. Wrath of the White Which reminds me of some tough life events I worked through, so it’s a rare modern game that has similar nostalgia power for me. It’s also a really great game and successfully brings some of that 1990s-style SNES RPG flavor back.

Here are the basics on this game: You’re a kid who goes to a fantasy world populated by entertaining and interesting creatures, and you’re out to clobber some spooky bad guy. It really feels like you’re playing in a Studio Ghibli movie (Spirited Away, Howl’s Moving Castle, etc. – much better than Disney’s stuff in my opinion). Everything in this game is well-crafted and implemented smoothly. The battle system is very fun and surprisingly deep. Battles involve sort of a Pokemon/Secret of Mana/Chrono Trigger hybrid, which turns out to be difficult enough to keep you on your toes.

It has vibrant, interesting characters and world. The characters themselves are quite unique and entertaining – especially Drippy, he is hilarious. The battle system is deep and multifaceted, although the difficulty can be pretty uneven. You capturing pets (“familiars”) to battle for you, mixing in a paper/rock/scissors power system along with elemental weaknesses, plus you can switch characters in battle. It’s very engaging.

Overall, a great musical score. My understanding is that it’s performed by the Tokyo Symphony Orchestra. The voice acting is mysteriously inconsistent though. Large amounts of the game are text only, one interaction literally had one word of voice-acted dialogue, book-ended by text only.

The overarching experience is highly memorable. It feels like you are experiencing one of those classic games of the SNES era for the first time. Definitely on my list of all time greats.

Wrath of the White Witch was originally released for PS3 way back at the end of 2011. It has since had a remastered version released for current consoles and on the PC via Steam (my preferred method).