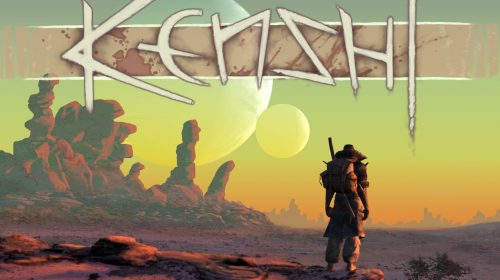 Kenshi is basically a game about survival and choice. It’s a true sandbox game, in that you can do pretty much whatever you want. You select a starting scenario, which sets you up with varying levels of money, friends, equipment, and locations. Then you’re dropped right into the world as a pathetic weakling at the mercy of Kenshi’s harsh environments and people.

The story isn’t on rails like other games; it’s completely player driven and your tale sort of weaves itself as you play. The world essentially has lore and structure that you become part of. The background is that you’re trying to make it in a world that has experienced at least one major apocalyptic event. The original devastation was probably based on a somewhat vague, ancient conflict between robots (called skeletons here) and humans. You’re left in the ruins of that once great civilization, with a few major factions to deal with like the Holy Nation, United Cities, and various other groups of bandits, outlaws, and creatures.

It’s a very tough game and world, but over time I found myself thinking about the history of my characters. I’d gained allies, experienced battles and adventures, and realized this all added up to it’s own story. Eventually, in my first play through, I built my own stronghold and destroyed one of the slaving factions after an all-out war. The complete flexibility has made me start the game over several times just to try something a bit different. Another great thing about the game is the built-in mod support through the Steam Workshop; if there’s an aspect you wish was a bit different, you can often find a mod that changes it. I basically sorted by “most popular of all time” and downloaded most of the first couple of pages.

In terms of gameplay mechanics, it’s a mouse and keyboard driven game, but I’ve been playing with a now-discontinued Steam Controller. You control characters by pointing them toward objects or people to have them interact (attack, steal, pick up, build, repair, bandage, etc), but you don’t actually press buttons during battles. There is still some micromanage if you prefer in terms of positioning and selecting which bandit to smack.

So, that’s the game in a nutshell. I’ve always loved sandbox-style games, and this is a really great one. It’s actually now my second-most played game of all time on Steam, behind only Skyrim. I’ve never played one quite like it. If the developer makes a sequel, or even just the base Kenshi game set in different worlds, I would 100% buy them.

Unlike a lot of the other games I’ve reviewed, Kenshi is only available on PC via Steam. I’ve included a CDKeys link from the “Go Check it Out” button. The Amazon link box has a few related things, but this one is pretty much a “buy Steam keys” or nothing situation.

A free-roaming squad based RPG focusing on open-ended sandbox gameplay features rather than a linear story. Be a trader, a thief, a rebel, a warlord, an adventurer, a farmer, a slave, or just food for the cannibals.

Research new equipment and craft new gear. Purchase and upgrade your own buildings to use as safe fortified havens when things go bad, or use them to start up a business. Aid or oppose the various factions in the world while striving for the strength and wealth necessary to simply survive in the harsh desert. Train your men up from puny victims to master warriors. Carry your wounded squad mates to safety and get them all home alive.