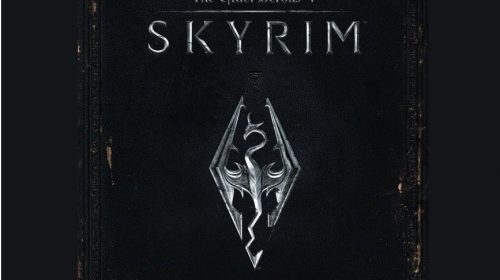 Considering the fact that I’ve played Elder Scrolls V Skyrim so much, and purchased so many DLCs and editions, I guess I have to say I love Skyrim. You can’t have played a game for hundreds of hours total and not admit it’s one of your favorite games of all time. But the game does have flaws. Most significantly, the combat is very shallow. Skyrim is the ultimate fantasy/RPG sandbox though. There is a tremendous modding community, allowing you to change and add significant fun content. If you’ve never played, I highly recommend going the PC route so you can take advantage of the massive amount of content available via mods.

I was a bit late to the Skyrim party, missing the initial frenzy over the game. When I finally got around to it, I tried the game on PS3 and was unimpressed. The loading times were awful and the gameplay didn’t do anything for me. Eventually though, I built a gaming PC and tried Skyrim again with mods. This time I was hooked. I purchased all the expansions, and eventually got the special edition too, which apparently handles memory better so it crashes less with heavy mod use.

If I could magically change something about Skyrim (or the next Elder Scrolls whenever that is), I would totally overhaul the combat system. If players still wanted trigger buttons for attacks, you could just outright duplicate Dark Souls. If face buttons were the way to go, you just emulate Dragons Dogma. Problem solved! Now it would be the perfect game. But the current incarnation of Elder Scrolls combat feels like a remnant of the past compared to its peers in the genre. Fighting some bandits in The Witcher 3, then doing the same in Skyrim, really drives that point home.

Overall though, Skyrim is an all-time great despite the disappointing combat. The massive lore and constructed world, combined with the ability to change the game in major ways through mods, make it the king of all sandbox games. I mentioned playing several hundred hours…I still haven’t come close to beating the game. There’s just too much else to do, becoming a Thane, building a house, starting wars, questing, dungeon diving, etc. It’s a flawed masterpiece, as I’ve said, but what it does well truly defined the open-world genre and set the bar for future games. I consider Skyrim a classic, fit for the Mount Rushmore of RPGs, and an absolute must-play for a fan of the genre.

Skyrim is available on most platforms at this point in both normal and special editions, with the special edition including all the DLC expansions and some graphical upgrades. As I mentioned already, I highly recommend playing this on PC. If you don’t use mods, you’re missing out on a huge part of the Skyrim experience. According to what I’ve read, apparently there is some modding capability on Xbox One and PS4, but I’m guessing they have only a small fraction of the mods currently available on Nexus.