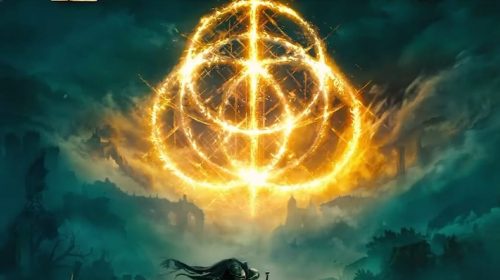 I’ll start this review for Elden Ring with some comparisons. The first From Software (Elden Ring’s developer) game I played was Dark Souls. I am not especially skilled when it comes to games, so I died quite a lot. I also became frustrated enough to stop playing fairly often. Strangely though, I grew to love the game; it was memorable due to the difficulty, sense of accomplishment I had when finally overcoming something, and its uniquely beautiful but melancholy in-game world. Elden Ring is a natural evolution from Dark Souls; the world has a similar feeling, and the enemies are similarly punishing (with generally fair/consistent mechanics). But a huge difference exists – Elden Ring is open world! It really changes the dynamic and improves my frustration tolerance to be able to just go somewhere else if something is too much for me.

As of this review, I’m about 60 hours into Elden Ring. As with many open world games like Skyrim and The Witcher 3, I’ve become consumed by side-quests and exploring and haven’t progressed far in the main quest. That’s naturally a good sign to be in the same conversation as those two games, as they are some of my favorite and most played all-time. The fact is, I’ve binged playing Elden Ring like no game since Kenshi…or maybe Skyrim itself. I can tell this one will have my attention for quite a while.

Many games nowadays are open world adventures, but Elden Ring does a few things to set it apart from the crowd. I’ve already mentioned the unforgiving difficulty (expect death to be part of the game). It also strips away many of the crutches that have proliferated in modern games. There is no mini-map, quest log, helper text pop up; all of these crutches have been stripped away. It makes for a refreshing experience that makes it easier to become engrossed in exploration rather than just watching a mini-map in the corner of the screen. It’s also amazing to see a game that is sold as a complete package with no micro-transactions. Stonesword keys, which unlock special areas throughout the game, seem like exactly the sort of thing other companies would try to sell separately.

There are a number of other great things to say about this game. I also have to mention the incredible attention to detail in Elden Ring; it seems like every time I play, I marvel at some small enemy behavior, world detail, or the vast array of weapons, skills, and mechanics. There are balance issues of course (hello bleeds and frost), but by and large, the vast array of character and playstyle choices all fit pretty well together. I also really enjoy the unique in-game messaging/hint system; it’s often very useful, sometimes funny, and occasionally deceitful.

Elden Ring isn’t without technical issues though, particularly during the week following its release. My biggest issue had to do with occasionally disappearing enemies, which I couldn’t see, but could still attack me. One graphics card update I installed also caused a ton of stuttering; rolling back those drivers seemed to mostly help. But it hasn’t been too bad compared to some other releases.

Overall though, this is a game that has completely captured my interest and attention. As I mentioned at the time, it feels like it’s been a long time since I’ve had this sort of experience. I am thoroughly enjoying Elden Ring, and definitely recommend it to any fan of open world RPGs or games with an “old school” level of challenge.

THE NEW FANTASY ACTION RPG.
Rise, Tarnished, and be guided by grace to brandish the power of the Elden Ring and become an Elden Lord in the Lands Between.

• A Vast World Full of Excitement
A vast world where open fields with a variety of situations and huge dungeons with complex and three-dimensional designs are seamlessly connected. As you explore, the joy of discovering unknown and overwhelming threats await you, leading to a high sense of accomplishment.

• Create your Own Character
In addition to customizing the appearance of your character, you can freely combine the weapons, armor, and magic that you equip. You can develop your character according to your play style, such as increasing your muscle strength to become a strong warrior, or mastering magic.

• An Epic Drama Born from a Myth
A multilayered story told in fragments. An epic drama in which the various thoughts of the characters intersect in the Lands Between.

• Unique Online Play that Loosely Connects You to Others
In addition to multiplayer, where you can directly connect with other players and travel together, the game supports a unique asynchronous online element that allows you to feel the presence of others.