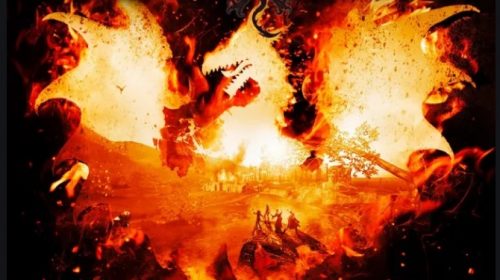 I’ll get this out of the way from the top; Dragon’s Dogma is one of my favorite games of all time. But it’s not without flaws. The combat is phenomenal and is what I wish other games in the genre would use as a template for their combat systems. The skill setup, classes, and gear have significant depth and are implemented well. The pawn concept is also really well done. But some might find the world a little sparse compared to massive fantasy games like The Witcher 3.

The story is very bare-boned and there isn’t much in the way of character development. But, the mythology and storyline have some interesting twists, so it’s actually solid…just not a deep narrative. The monsters are also fantastic Dungeons and Dragons-inspired types, but I do wish there was some randomizing of spawns in the world. Also, the game sometimes feels a bit empty (only two real towns). In terms of music, the soundtrack is amazing and complements the gameplay extremely well.

The key for me is that this game is just so FUN to play. When you’re roaming around the countryside with your party, it has a real “build your own adventure” feel to it. If they could just get everything from Dragon’s Dogma into a world the size and scope of Skyrim, I would probably never play another game.

Dragon’s Dogma Dark Arisen is basically an all-in-one, definitive edition that includes the base game and expansion. It’s available on PC via Steam (my preferred route), Nintendo Switch, PS4, XboxOne, and the legacy platforms PS3/Xbox360. I’ve linked the PC version via CDKeys via the “Go Check it Out” button in the review, with the console versions above in the Amazon box.