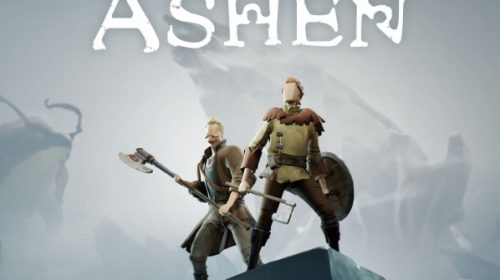 I’m one of a specific type when it comes to this game. I’ve been waiting for it for a long time, but refused to spread out my game library across another store/platform. So I had to wait for a year for it to come to Steam. Now that it’s here, I bought it.

The game is beautiful with a very compelling atmosphere to it. Unfortunately, I also found the game to be very hard. I struggle with games that have extremely punishing combat, and I’ve never been a fan of heavy repercussions for game deaths. I like to feel like I’ve made progress (through XP or whatever) even if I died. Anyhow, I suck at hard games. And I almost gave up on this one after about 3-4 hours.

Fortunately, I stuck with it, because much like Dark Souls, once you get the hang of the combat system’s rhythm (and gain access to upgrades) things become a bit easier. It really helps to have an AI companion too. Although your AI teammate (I have player matchmaking turned off) sometimes dies due to stupidity, I have to admit he/she has saved me numerous times.

Honestly, I had trouble following the story. It was dark, now it’s light for some reason. And there are some giants or something. But the environments are really great, some moments/views are quite awe-inspiring in a way that few games outside of Skyrim and Dark Souls have been for me. As I said, combat can be pretty difficult, but the controls are tight and seem fair. When I’ve died (which is often), I knew it was my fault.

So, overall yes I would recommend it. But if you get frustrated, try to give it some time. At least until you get a few people in your town.

Ashen was originally released as a timed exclusive for the Xbox and Epic’s game store on PC. As I mentioned in the Pros/Cons section, I am really not a fan of this sort of paid exclusive. I know it’s just part of life when it comes to game releases, but I was looking forward to this game, so I was pretty deflated when I had to wait a year for it to show up on Steam. But I did wait.

Ashen is an open world co-op action RPG about a wanderer in search of a place to call home.

Passive Co-Op Multiplayer
As you adventure through Ashen, you’ll occasionally encounter other players in a massive open world, akin to the passive multiplayer of Journey. It’s up to you to decide how to deal with them – fight together against evil, invite them into your party or simply ignore them.

Souls with a Twist
Ashen is faithful to the “souls” genre of stamina-based combat, introducing players to a punishing yet satisfyingly vast world. But here’s the twist – no two gameplay experiences are alike. Whether you’re exploring bogs, investigating a fjord or pillaging an old palace, where you are at any given moment will dramatically alter the course of your adventure. It’s a brutal open world; you’re just living in it.

Creatures + Combat
Ashen has no shortage of dangerous encounters, from hostile enemies to indigenous creatures. You’ll be rewarded for studying the environment and its inhabitants, planning your adventure rather than flying by the seat of your pants. The flora and fauna within the world aren’t just fantastical; they’re often fatal. Each confrontation, no matter how trivial, has potentially dire consequences.

Crafting is Key
As you discover survivors, you’ll have the choice to invite them to your Town. But these aren’t mere adventurers – they’re potential collaborators, bringing a plethora of crafting skills, from blacksmithing to foraging expertise, in tow.