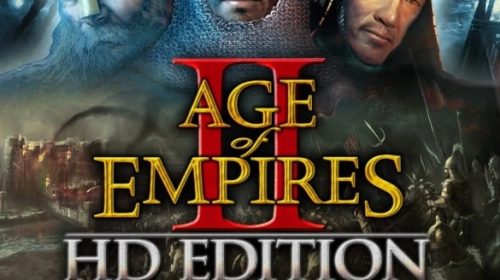 I can’t believe I still come back to this game from time to time. Age of Empires II, for those unfamiliar, is a real time strategy game that first came out in 1999 that involves building a kingdom and battling other civilizations. I played it a fair amount back then; I wasn’t a huge PC gamer in those days, but just by coincidence it was one of the few Windows games I’d played. Building and growing your little town is a lot of fun, and the danger of your neighbors sending soldiers to harass you is pretty engaging. Yes, you want to grow food and build your town, but you also need to make sure you have enough warriors.

As you might expect from a two decade old game, it’s not as advanced as more recent ones. The graphics are of course dated, even in the HD (improved) and Definitive (much improved) editions. The music is really catchy but certainly sounds like music from a computer game from the previous century. The game in many ways reminds me of an ancestor to Kenshi, which I just reviewed. The strategy, building your faction up, and managing your team from overhead; there are definitely parallels. AoE is a simple game, but one with very strong core elements of gameplay.

My favorite thing to do in Age of Empires II is to set up a Regicide match with max populations and max other CPU players, then build the kingdom and eventually take over the entire map. For some reason, that campaign is the one I always go back to. For nostalgia purposes, I think it’s a fun game to check out. But honestly, Kenshi checks every box Age of Empires does plus about a hundred more. So, I can’t imagine having never played both and skipping Kenshi in favor of AoE.

I actually don’t know all the platforms this game is available on. I’ve played it on Steam, but I think there is also some sort of Windows game store it was purchasable on at some point. I recommend Steam though, which is the item from CDKeys available from the “Go Check it Out” link.

In Age of Empires II: HD Edition, fans of the original game and new players alike will fall in love with the classic Age of Empires II experience. Explore all the original single player campaigns from both Age of Kings and The Conquerors expansion, choose from 18 civilizations spanning over a thousand years of history, and head online to challenge other Steam players in your quest for world domination throughout the ages. Originally developed by Ensemble Studios and re-imagined in high definition by Hidden Path Entertainment, Skybox Labs, and Forgotten Empires, Microsoft Studios is proud to bring Age of Empires II: HD Edition to Steam!